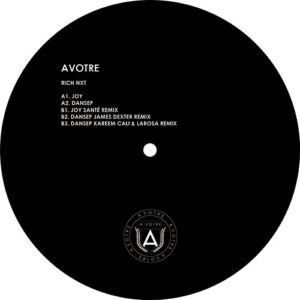 
Get a Casavinyl monthly subscription and get this record from only £6.80 - click here for more details.
Questions? Request a Call Back

For their first outing in 2014, cult vinyl-only imprint A&R Edits return with another double header of tried-and-tested reworks that have set the floor alight for edits maestro Greg Wilson in recent months.

For instalment number five, Lee ‘Peza’ Perry comes to the fore, opening with a track that picks up the momentum of the current return to popular consciousness of the Northern Soul scene. A lesser known, pre-Rodgers & Edwards Sister Sledge is the subject of his affections, with ‘Love Don’t Go Through No Changes On Me’, a track that didn’t chart in the UK but was championed by the legendary UK selector Colin Curtis at the Blackpool Mecca.

Unearthed once more, Peza’s upfront dance floor treatment will no doubt bring this heartfelt gem to a new generation of dancers.

On the flip is a skilful extension of a 1979 classic by Gina X Performance, the electro pioneers who fused Euro-disco synth pop with an arthouse performance sensibility and sexually provocative imagery.

The song was dedicated to Quentin Crisp, the writer and self-styled ‘stately homo’, the ‘No GDM’ lyric and original title referring to the unattainable ‘great dark man’ of his sexual imaginings.