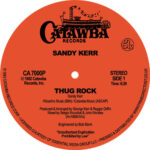 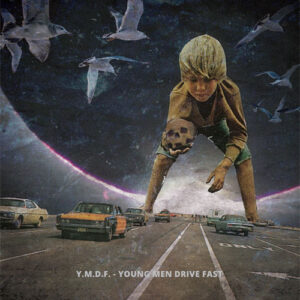 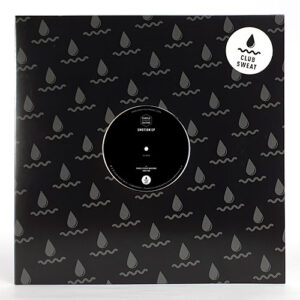 Daughter of the mighty George Kerr, Sandy set the scene alight in 82 with the explosive classic, Thug Rock. Badass slap basslines, zapping synths, ethereal pads and Sandys iconic rap were a timeless recipe of pure 80s, boogie-infused power thats blasted from many a boombox, sung on all manner of club systems and sound tracked endless open road cruises over the years.

Released on the South Carolina label Catawba Records, two prolific duos blessed Thug Rock alongside Sandy and co. Her father, who produced for the likes of Alice Clark and The OJays and Sugarhill wizard, Reggie Griffin, headed up the production and arrangement, with ever-dependable M&M aka John Morales & Sergio Munzibai taking the reins on the mix. Their combined talents can be heard in the tangible weight of the track, each element getting the space it deserves to facilitate that crystal-clear clout – from the huge bass riffs and sublime keys, to the punchy drums and Kerrs infectious rap. An earworm if ever there was one!

Take to the flip to find the much in-demand dub version, echoing out choice snippets of Sandys rap to focus in more on that killer boogie-funk groove. Original copies are tough to come by in the UK, so an official reissue will be music to many an ear.